Penn Hip vs. OFA and What Wisteria Golden’s Chooses 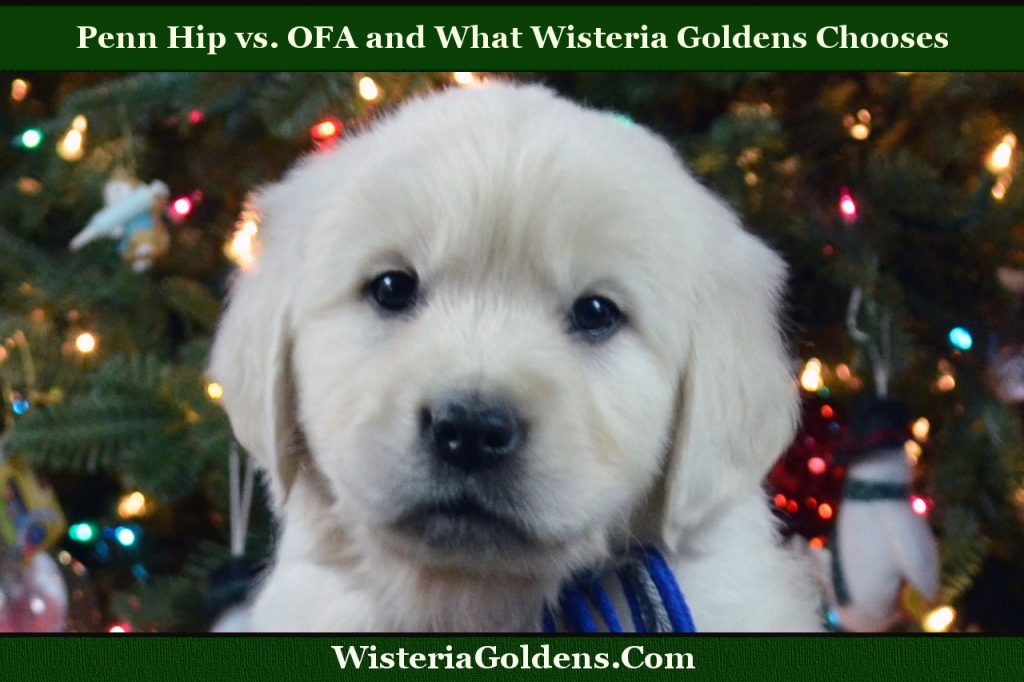 Canine hip dysplasia (CHD) affects many preferred breeds, including Golden Retrievers. Several methods test for or are used to diagnose, both CHD as well as degenerative joint disease. The most popular are the tests called PennHip and OFA. Although the information on the Internet is readily available, dissemination of inaccurate information is also rampant. I’d like to explain our decision to use PennHip here at Wisteria Goldens.

When we first started breeding and researching what health clearances were required to be responsible breeders, we ran into the controversy between OFA and PennHip, so we decided to do both. What we didn’t think through is; what do you do when there is a discrepancy between the two? Which one do you decide to use? If either?

The majority of the challenges with using OFA we’ve researched (and we seldom find challenges against PennHip) occurred because the vet did not line up the dog’s hips correctly. A PennHip evaluation not only reports as dysplastic those dogs with bone and cartilage abnormalities but also points to the risk of the dog developing such radiographic signs later. While PennHip does measure laxity, it also looks as the integrity of the joint for dysplasia. (See hip evaluation report here.) If a dog’s hip joint’s femoral head looks tight and round on an OFA film but shows considerable laxity on the PennHip view, it’s viewed as having a future risk for degenerative joint disease.

This is precisely what happened with our first male, Aspen. OFA scored our boy FAIR and PennHip scored him in the 100% with DI (Distraction Index) of .36 and .25. The OFA report also showed Aspen had Elbow Dysplasia. Our vet was shocked at the OFA report and said, “No way; they had to have mixed up the x-rays.” He stated even though he was not a radiologist, they were some of the best hips he had ever seen and he didn’t see any problems with his elbows. We called OFA and asked them about the differences and if there was a possibility they were misread and what could we do?

We were distressed, overwhelmed and dismayed at the rude response received from OFA’s radiologist. Being new to the breeding world and wanting to do the “right” thing, we called three different vets and explained the situation and asked for guidance. All three of them told me to take PennHip over OFA.

No one suggested we send the x-rays to get a second opinion from an independent lab. (Which at the time the only copies were at OFA. We now receive digital copies. We didn’t know getting a second opinion was possible. (We were novices in a big dog world.) We chose to go ahead and use Aspen as a stud with the information we had, and the advice of the vets we consulted. Plus we had Aspen’s parents’ scores; dam’s OFA score is Good and his sire’s is Excellent.

Having the experience we did with OFA and with the research we did, we decided on using the Penn Hip testing as it incorporates a new method for evaluating the integrity of the canine hip, by also giving a laxity score for potential risk of the develop of CHD. It is accurate in puppies as young as 16 weeks of age. It has great potential to lower the frequency of canine hip dysplasia (CHD) when used as a selection criterion. Hip screening using the Penn Hip method showing hip laxity were judged OFA certified for breeding. We feel relying on this criteria misrepresents the animal’s true health to the new owners. Relying only on OFA certification could be misconstrued as “less-than” or deceptive.

In a JAVMA article “Evaluation of the relationship between Orthopedic Foundation for Animals’ hip joint scores and PennHIP distraction index values in dogs”, the authors concluded that young dogs with significant laxity were judged as OFA certified for breeding despite significant laxity and failed to identify osteoarthritis susceptibility in 80% of the dogs in the study that were judged phenotypically normal by OFA.

In a VRUS article titled “The Effect of a Technical Quality Assessment of Hip Extended Radiographs on Interobserver Agreement in the Diagnosis of Canine Hip Dysplasia”, a conclusion was made that inter-observer agreement on dysplasia/non-dysplasia and final scoring remains low even among experienced observers.

In a day and age when veterinarians are calling for evidence-based medicine, perhaps we should start following the medicine we have evidence for and stop recommending OFA certification in young patients. Perhaps we should put the following disclaimer out to pet owners before we perform an OFA evaluation…~ Dr. Matt Wright’s blog

Here is an article showing that dogs judged as “normal” by the OFA can have clinically important passive hip joint laxity as determined by the PennHIP method. The results suggest that OFA scoring can underestimate susceptibility to osteoarthritis in dogs, which may impede progress in reducing or eliminating hip dysplasia through breeding.

While doing our research in regard to OFA vs. PennHip, we found stories of English Cream Breeders not passing clearances of OFA being due to them writing “cream” color on the applications, while this cannot be verified, we, as well as other breeders, have noticed since using the description “Light Golden” on our test submissions, we have not had any problems at all with any elbow clearances. There are also several stories of breeders resubmitting OFA x-rays again and again until they get “good” ratings for their dog. (Not sure this is good practice for improving lines or health in the Golden Retriever or any breed — sure these are not considered responsible breeders either.)

A breeder friend had elbows marked as DJD from OFA and took the x-rays to an independent lab and they stated they were clear there was no DJD. We found this out AFTER we had retired Aspen. We have kept several of Aspen’s puppies and have not had any issues with DJD or HD. The lowest PennHip score we have ever received from any of Aspen’s pups is 60% from our own testing or families that have sent us their dog’s score. We know of another breeder that has been so discouraged with OFA she now sends her elbow x-rays and has them read by BVA for all her health clearances.

We spoke with a service dog organization who for years tracked all their dogs and puppies with OFA and PennHip scores and in their breeding program, the PennHip method helped them to produced the best hips. We spoke to a vet a few months ago and asked what he thought about PennHip vs. OFA and he stated, “If I was a breeder, PennHip would be my choice. I have a German Shepherd breeder that has bred hip dysplasia out of his breeding program.”

After researching articles, studies, talking to vets and other breeders, we chose to ONLY do PennHip testing for our breeding program. We have 1st, 2nd, and 3rd, generation puppies from Aspen’s line (4 generations counting Aspen) with the lowest score being 60% and the highest being 90+%. Out of the last 10 girls we have tested our results are: 1 – 60%, 1 – 70%, 2 – 80% and 6- 90% (one of those being 90+%) The other families that have contacted us have reported 80% and 90% from matings that included Aspen’s lineage.

With our record keeping and breeding we have done — we believe that PennHip vs. OFA for our program leaves PennHip winning hands down. We would not be getting 100% elbow clearances and these AMAZING hips scores if OFA were correct in their reading. We believe this backs up and supports our decision to use PennHip and Aspen in our breeding program. Our goal has always been to continue to maintain and improve the health of the Golden Retriever with an emphasis on improving the hip scores of the adults in our breeding program in order to produce the healthiest puppies possible. 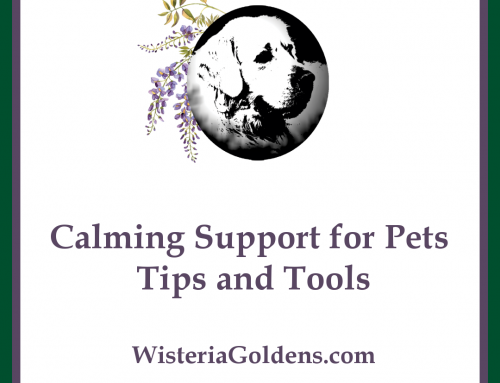 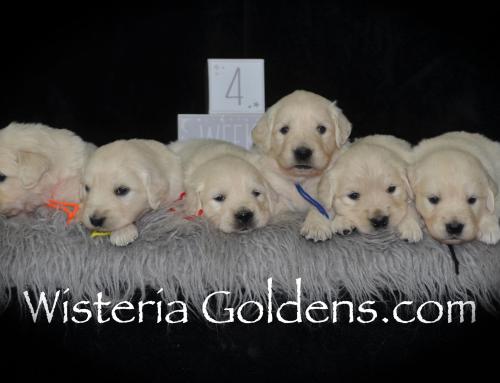 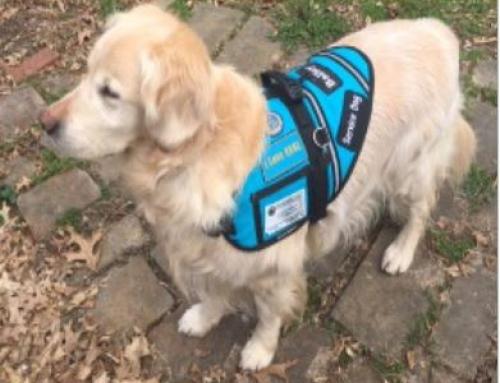