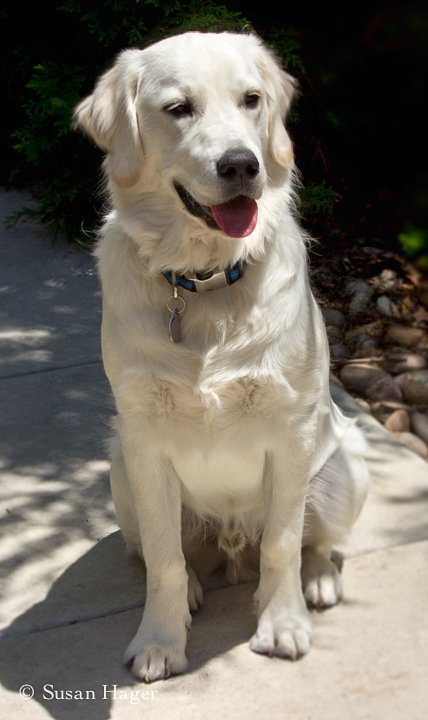 I am once again emailing to brag about my dog and thought you’d like to see an updated picture of Finn. He is a hunk of solid muscle, 75 lbs and flat gorgeous.  Finn’s temperament is about as good as it gets.  He is so calm most of the time that it’s hard to believe he’s still technically a puppy.  He is also exuberant and VERY playful and is always ready and available for a walk, fetch or tug-of-war.  When he plays, a switch flips on and he is all boy, wildly enthusiastic about it, but he will ultimately take on whatever mood we ask of him. He is so loving, affectionate and happy and he brings us pure joy. He is also perceptive and tuned in to us. In fact, last month he and I were playing tug-of-war when the news came on about the Dallas police shootings.  I sat down and shed a few tears; Finn dropped his toy, calmed instantly and put his head down in my lap. I believe he has the internal temperament of a therapy dog and while I’m not going to pursue that, he could certainly be that dog if we worked with him on developing that part of his personality. He is so pleasant to work with and picks up on his training quickly.  (plus, therapy dogs can have early mornings and he is NOT a morning dog) He still has his impish moments, but he’s growing out of them bit by bit.  Ultimately, he is calm and relaxed; as he matures, he’s showing us what kind of adult he’s going to be.   Susan 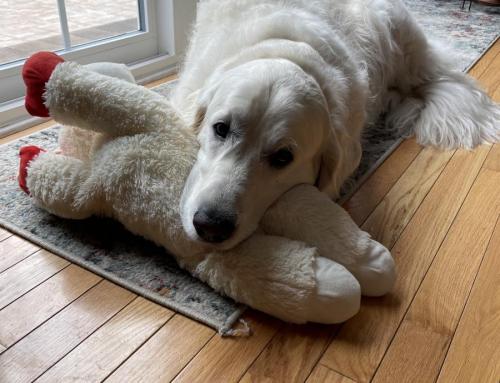 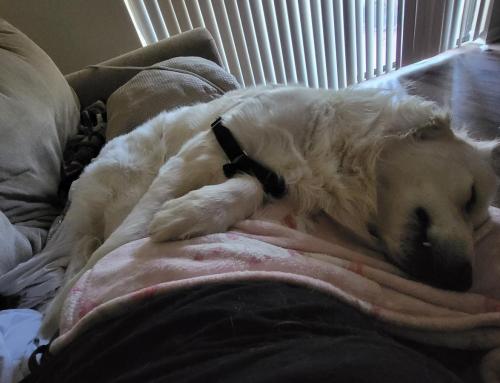 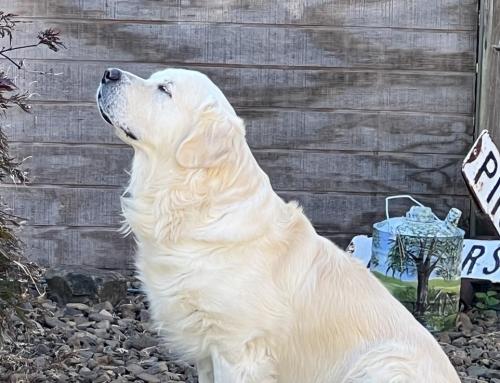 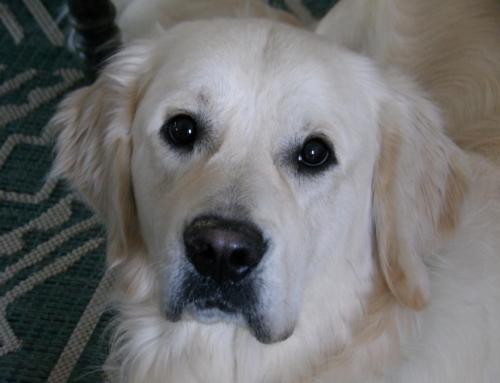 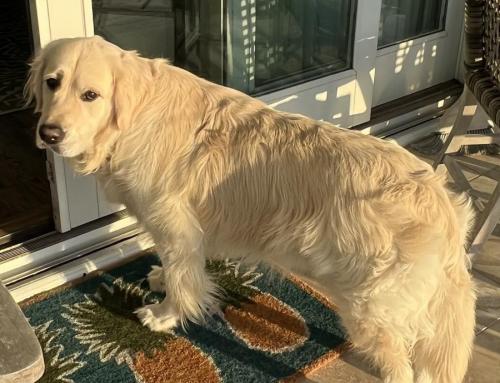